In the maintenance process, it is not uncommon to see compressor wear caused by the use of substandard refrigeration oil, which in turn leads to compressor burnout. (Bearings or other internal moving parts wear, wear generated by the iron filings blocking the filter or iron filings fall into the compressor coil, resulting in compressor burned, etc.)

Today we look at a case, this case is due to the refrigeration oil is not up to standard, to the failure of refrigeration equipment.

One day, we received a low-temperature chilled water maintenance. The fault is unscheduled shutdown. The fastest stoppage was about 10 minutes and the longest was about 9 hours (as reflected by the user). This machine is a double compressor chiller. After arriving at the site, the current was normal when the fault was reported.

After the fault was reported, the chiller could not be restarted normally after shutdown. The pressure gauge value is normal, we can determine that it is not because of abnormal pressure fault. When restarting the machine, the fault of the unit was lifted and the unit could be turned on normally. Observing the nameplate of the unit, we found that the chiller was produced in 2011, and we checked with the customer to see whether the machine had been maintained and whether the oil had been changed, and the customer replied that no maintenance and oil change had ever been done, so it was determined that the machine was shut down due to poor oil pressure. 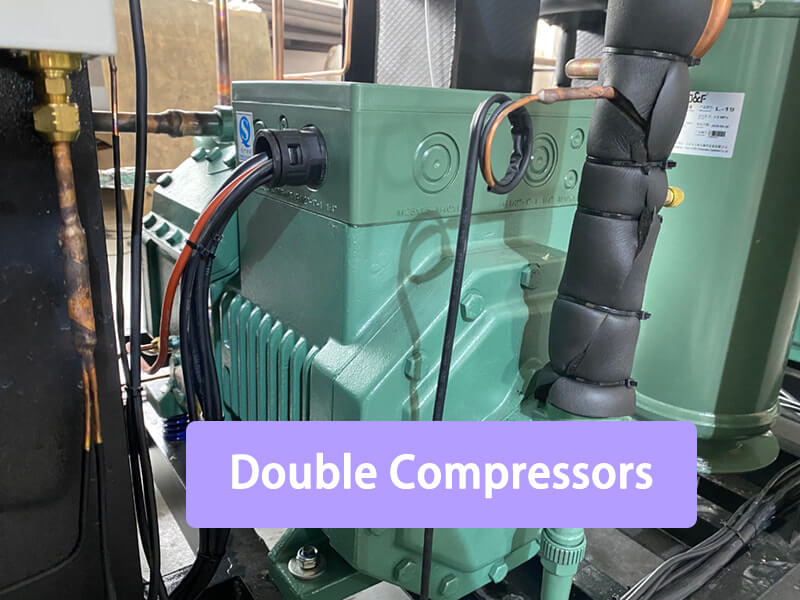 Based on the unscheduled shutdown fault, we exclude the problem of differential oil pressure itself. So we assume the cause of the fault is that the oil filter is too dirty, which blocks the compressor.

Close the compressor high and low pressure valves and oil return valve, directly drain the compressor refrigerant, remove the oil drain bolt to drain the oil. Shoot out the refrigeration oil color is very black, the filter is also blocked.

Then we cleaned the filter and put the it back into the chiller. The machine was refilled with refrigerant and the chiller functioned normally for about 2 hours. The next day, when we returned to the site, the unit had cooled down to minus 73 degrees, and the problem was solved smoothly!

The next day suddenly received a call that reported another fault shutdown. We returned to the customer checked. We find that the chiller’s main refrigeration system pressure is normal, the secondary refrigeration system has only 2 kg pressure. When we restart the machine, the high pressure rose to 5 kg and stopped, the low pressure is slowly decreasing instead. In a minute or so, the low pressure decreases to negative pressure and reports a fault shutdown. 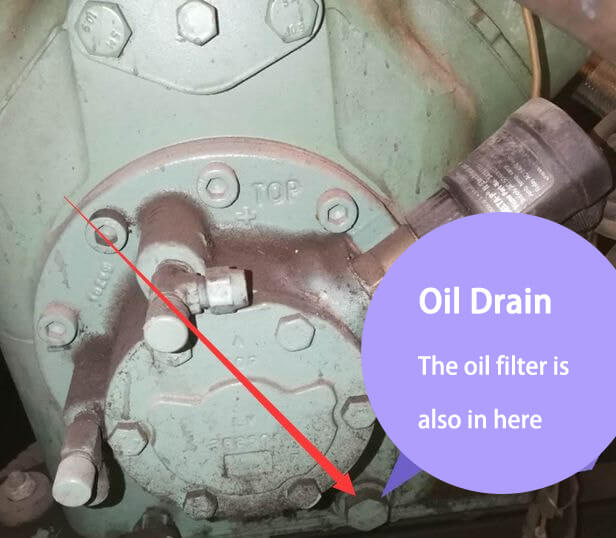 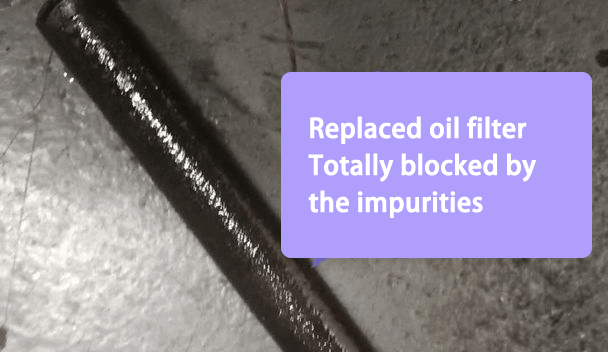 The evaporator is definitely blocked, but how to block such a thick copper tube, and what is the blockage? 4mm capillary tube is not blocked, 6mm manifold will be blocked? We can not figure out how!
We continued to pressurize to 12 kg and the evaporator was still clogged. After trying for more than an hour, suddenly a large amount of oil spewed out from the 16mm copper tube (at the capillary inlet), along with ice sludge. Now we can confirm that the cause of the failure is oil blockage.

Refrigeration oil works at both high and low temperatures, if the viscosity of the oil is not enough, it will lead to increased wear of the compressor bearings and cylinder, high noise problems while reducing the effectiveness of refrigeration, and shorten the service life of the compressor, and even in extreme cases may cause us to say “burn”. This is how the compressor is so slowly killed.

Not to mention the increased cost, more serious is that the process of compression heating will increase the possibility of combustion hazards. So the flash point of refrigeration oil is required to be more than 30 degrees higher than the refrigeration exhaust temperature. 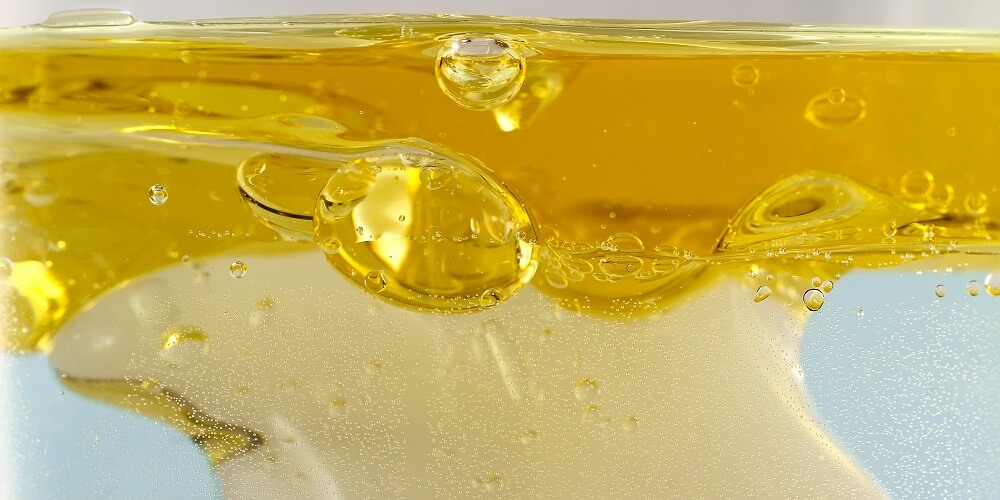 High-quality refrigeration oil is chemically stable, does not oxidize and will not corrode metals. If the poor quality refrigeration oil contains refrigerant or water, it will produce corrosive effect, and the lubricant will generate acid after oxidation and corrode the metal. When the refrigeration oil is at high temperature, coke and dirt powder will appear, if this material enters the filter and throttle valve, it will be easily blocked. If it enters the compressor, it may penetrate the motor insulation film, and then it is likely to burn the compressor.

If the refrigeration oil contains water, it will intensify the chemical change of the oil, make the oil deteriorate and cause the corrosion effect on the metal, and also cause the ice blockage at the throttle valve or expansion valve. And the lubricant oil contains mechanical impurities, will intensify the friction surface wear of the moving parts, causing damage to the compressor.

When the working temperature of the compressor decreases to a certain value, paraffin wax starts to precipitate in the refrigerant oil, making the oil cloudy. Paraffin wax precipitates out of the refrigeration oil and accumulates at the throttle valve, making the throttle valve blocked, or may accumulate on the heat transfer surface of the evaporator, affecting the heat transfer performance.